How the years pass by, How the time can fly……
In a glimpse, your crawling paws became ten toes…
Your long pants don’t go beyond knees
….One day you will tie your shoes by your own
Cut your bread and spread the cheese all alone
Not you will need my help in climbing the hill
Dad’s shoulder rides will not be required to watch the shows
Mc Queen, Super Man fantasy will be replaced with the images of Hollywood's Hottest Hunks 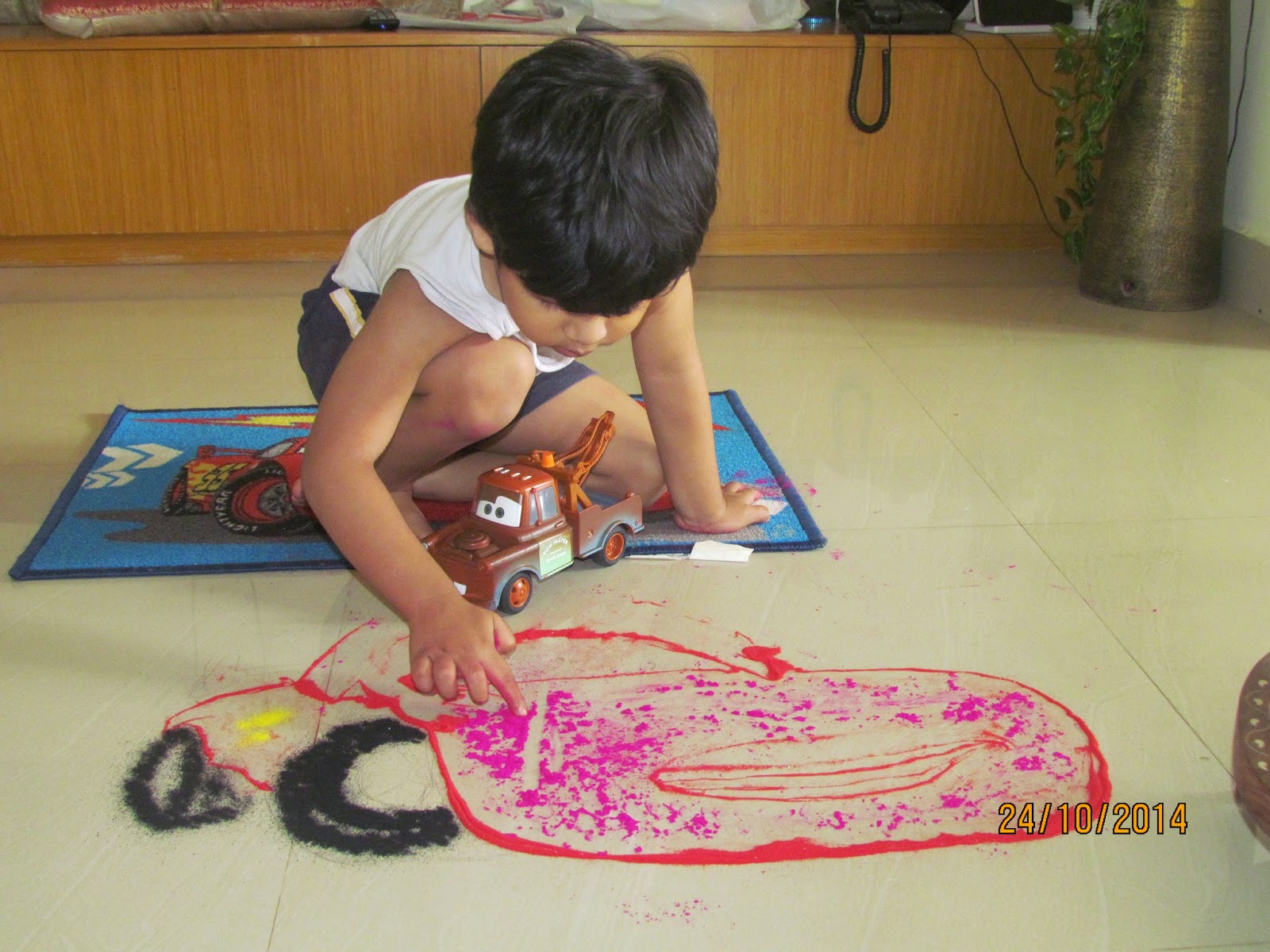 …..I know the day will come when you will do these things alone.

Those days are not so far……
My love, my Child!!! I don’t want to miss even a single day from now until you've grown….
To show you my love, affection….motherhood…..
Posted by Madhumita Phukan at 12:47 AM No comments:

It was near dusk. The sky was growing dark in the distance. Sun was setting down. In Indian mythology, the time of the day when God took Narashimha avatar to kill Hiranyakasipu. My Aunt was washing utensils. And uncle was cutting few wood logs….just preparing for making dinner and morning breakfast (bhatar sou).

There are three big fisheries, and swathes of wetland surrounding the backside of the house. Beyond the marshy areas, there is a dense forest. On other two sides of the house there are patches of land filled with ripe paddy crops and mango orchards.  In front of the house, there is a gravel road running parallel to River Dichang with densely grown Sal & Mahogany tree in between.

Suddenly, the sky became very bright… Aunt and uncle got very frightened looking at the sudden change of the nature. Panicked to see the shining sky in flick of seconds.

Unexpectedly, their eyes spotted a huge object in the sky that changing the color and moving towards them with tremendous speed. Both were so terrified that they could not run inside the house…….They kept standing where they were. “First I thought my eyes were playing tricks with me. But when I saw my wife’s open mouth and eyes, I started counting the last moments of my life and jumped to her to save her if possible.”, uncle said. 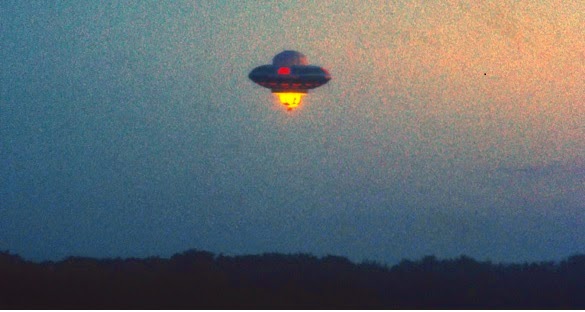 The strange object plunged down about 700 mtrs from them and stopped and hovered about 500 feet up, just above the wetland. Uncle said, “If it had been on the ground, it would have covered about a block of at least 600 square feet. It had about 10 feet height. From distance, it looked like a slate of metal, and the color was gray. It was round, and at the base, there was an opening about 1/10th the size of the object from which a very bright light was coming out. It moved faster than anything I ever saw.”

It was stand still for a minute and then it moved slowly towards the other side of the pond. My uncle and aunt quickly came inside the house and kept an Eagle eye through the window. The object changed its color from blue-white to orange and then to red.

Aunt said, “There was a lighted outline around the edge of this object. I saw few windows just above the lighted part. The object made no noise and a mild wind blew at the time the object was at its lowest level.”
She added, "It went to the northwest at a slow speed, making all the jungle area bright and the object disappeared after about 15 mins.  But I could still see the light in the sky for next one hour.”

Yes, it was probably a Flying Saucer. I have a secret desire to see such UFO in my life.

Yesterday, around 12:30 AM. I was about to sleep. Suddenly, I could see some bright light through my window. I was so excited, mixed with a bit of fright; I thought probably I am also lucky enough to see UFO like my uncle and aunt. I quickly went near to my window…………...but Alas! That was nothing, but a Diwali leftover big Parachute Sky Lantern Fire Fly. 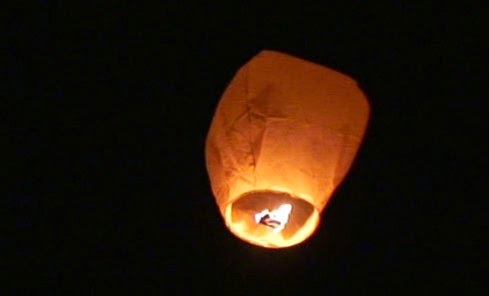 Posted by Madhumita Phukan at 2:09 AM No comments:

Specs are no more my Fashion Statement


When I was a little girl, I loved the look with eyeglasses.  I secretly longed for a pair through the initial years of secondary school.  To my young mind, the specs were the quintessence of high fashion mixed with bookish academia. Same was with my brother too. We imagined that if we had a pair, we might give some chaal in school or parties…flaunting like an intellectual. Sometimes, we used to express our desire in front of each other indirectly…Our discussions used to long for hours glancing through the fashion magazine pages…

One fine day, probably in my Class IX, I got a chance to see an Eye-specialist. I started feeling light pain in my eyes while studying in low light….I exaggerated in front of my parents….. And….my luck shined to make my brother jealous…..the doctor prescribed specs to me with a power ‘-.25’, while he asked me not to wear if I don’t have any pain.

I was so excited….it became my fashion statement, though the frame used to look like a Vintage, dowdy and dreadful one that used to take up half of my face!!!! 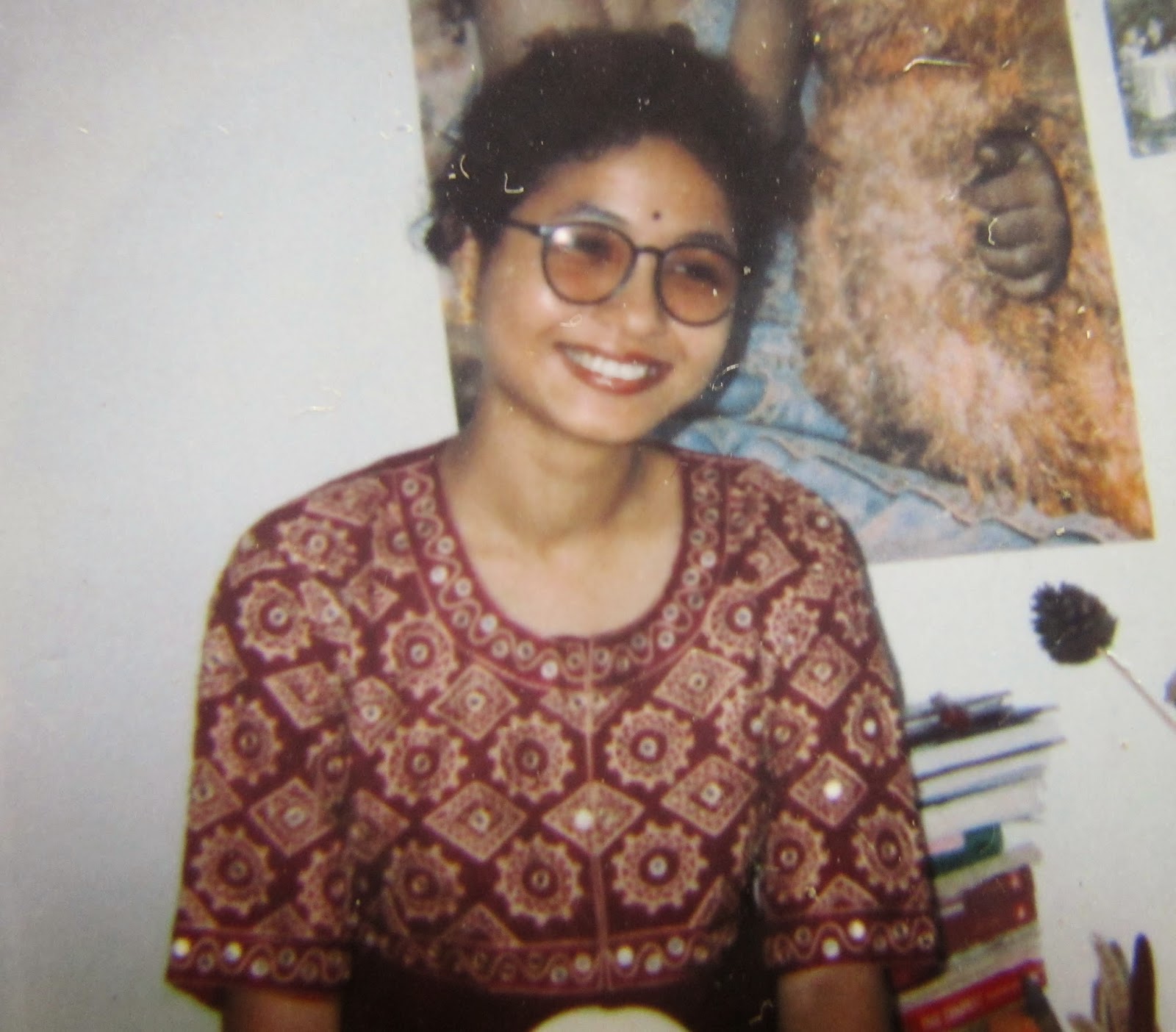 Time rolled on….During my University days, all of my close friends started saying that I look better without that specs and suggested me to leave my fashion companion. I didn’t want to…and did not leave the spec vibe till I lost it in the green room while doing a stage program during the versity week. I cried a bit not finding it in place after the program, but consoled myself remembering my friends’ words.

Since then, gradually I started loving my life without the specs. For better or worse, I never required glasses till recent years. My eyes were fit and fine!

Now, after so many years, few days back I saw an ophthalmologist for my regular check up…..I have found that my eyesight is waning a bit, and I need to wear glasses.……But this time…I am not excited…I am mortified. I don’t want to flaunt to be an intellectual….don’t want to give chaal in office nor in parties….I am extremely unhappy loosing some eyesight….Don’t know whether I will get my power back or not…..peeping through the pages of internet for the tips how to keep your eyes healthy….

With a heavy heart, I am all to set to pick up a pair of frames.

Posted by Madhumita Phukan at 12:43 AM No comments: